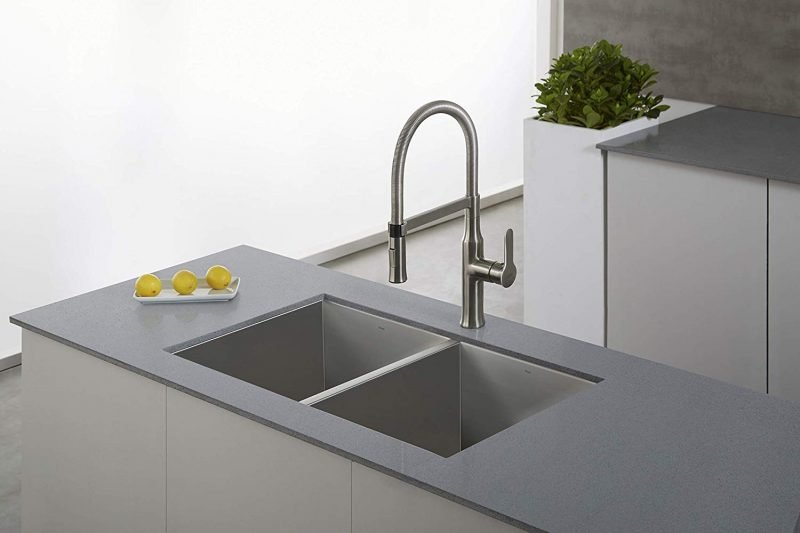 Faucets aren’t usually a topic of interest and can seem like quite the mundane household item. However, the faucet has quite the history, and has evolved many times before reaching the form it comes in that adorns our kitchen and bathroom sinks. To understand how the faucet, we have come to know today, reached its final design, we need to go a long way back.

Faucets have been around a lot longer than you can imagine. Faucets were used during 1000 B.C. during the ancient Roman civilization. They used contraptions that were a terra cotta pumping mechanism that pumped water from the below waterways, wells, and fountains.

Fast forward many, many years, and the common faucets in the early 1900’s were the two-handled ones. Each handle was designated to either hot or cold water. You had to turn on both handles while running water to get the sink or bathtub filled and get the temperature of the water the way you desire.

In 1937, Alfred Moen worked on a new concept of faucets, a single-handed one; after he burned his hand under the hot water handle of a double-handled tap. This allowed the hot water stream and cold-water stream to combine in the piping before coming out of the faucet. This way you were able to control the temperature that came out of the faucet directly. By 1959, single-handed faucets were installed in almost every home.

Since the invention of the single-handed faucet, many developments and add-ons have been created for the home tap. The period between the 1970s to early 2000s saw the rapid change of faucet design. Alex Morgan designed the Delta faucet, a washerless ball faucet, that had a lot of decorative elements such as two handles, brass finishing, and a high-arc spout. Shortly after the install-it-yourself taps started appearing on the market for easy home installations, in the 1980s the electronic tap made an appearance for energy saving and water conservation. And finally, the faucet with the pull-out spray head is developed and has become a best-seller ever since.

With the advancement of technology today, the variations of faucets we can find are endless. You have the antique standard faucet, the tap with the pullout spout, there are single-handed ones, and many more finishings and colors. The most recent advancement in faucets are the Touchless Faucets, or automatic faucets, that are proving to be a crowd favorite as they reduce the spread of germs greatly and have really good water pressure and power. The options you can select from are versatile, and looking over the guide at https://www.cozydownhome.com/best-touchless-kitchen-faucet for the best ones out in the market might let you find a fantastic fit for your needs. They come with motion sensors that provide an ultra-modern feel and they make washing and using them so convenient because you don’t need to fiddle with a handle.

What started out as a humble water tap has a rich history behind the design it has reached today. While this is certainly not something we would think about generally, your faucet function and design is important. The convenience it will provide you and the quality of the material you choose means your faucet will continue to be with you for a long time to come.

A Beginner’s Guide To Redecorating The Bedroom?

Australians spent $37.5 billion on renovating their homes in 2020. Being cooped …