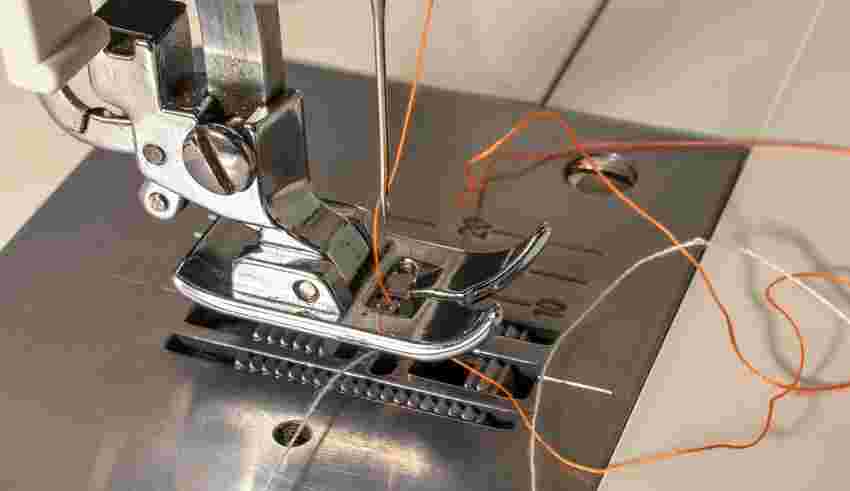 It’s widely accepted that the current state of the sewing industry is not ideal. While there are benefits to hand made clothing, these are far outweighed by the drawbacks of foreign manufacturing and the need for a more automated line that can meet consumer demand. Limitations in the field of robotics have kept garment factories only partially automated so far, but with recent industry innovation, affordable conversion to full automation might soon be available to local merchants, without bankrupting them.

In 2014, the sewing industry provided between 60 million to 75 million jobs worldwide. This provides much needed investment and employment opportunities to developing countries. Several of these countries have been able to use this industry as a vehicle to move towards development. “Aid for Trade,” an initiative established by the World Trade Organization, offers assistance to improve infrastructure necessary for the increase in trade demanded by more developed countries. Moving manufacturing to countries like Cambodia and China allowed businesses to keep up with the high demand for sewn goods at an affordable price. While the automotive and airplane industries moved into automation to decrease labor costs and meet demand, machines couldn’t compete with the dexterity of human hands to produce quality goods.

The unfortunate downside of overseas manufacturing is that conditions for cheap laborers are mostly unregulated. Garment workers in these countries work in an “informal economy,” meaning they aren’t protected by the legal regulations that protect other skilled workers, and are much more vulnerable. Wages for a garment worker in Thailand are equal to about $234 a month, working 11 to 16 hours a day. Many workers face electrical problems, both when working from home and in the factories. Demand for production doesn’t stop just because conditions are unfavorable, and it’s the workers who are left picking up the slack.

The Recent Push for Automation

Unfavorable working conditions in foreign factories and a domestic desire to bring these jobs back home aren’t the only reasons for the recent push for sewing automation. The retire rate of workers poses a threat of impending labor shortage, as the demand for the fast delivery of cheap, quality garments only rises in developed countries. A fully automated manufacturing line would allow suppliers to meet this demand with increased productivity and lower scrap rate and in-process inventory. Quick response to customers, superior quality and the ability to quickly change design would boost competition, promoting lower prices and removing the reputation the western sewing industry has for exploiting inhumane labor practices and impoverished people.

As with many technological advances, there is a down side to replacing human work with robotics. The most obvious of these is the loss of jobs in countries that have come to rely on that business at every level. There is also a high initial investment for any seller looking to automate their lines. The cost of hardware, software, training and the conversion process could be catastrophic to a company that isn’t prepared to sacrifice the time and resources. Limited expertise in robotic engineering and programming means additional expense for any merchant looking to employ advanced machinery, and high ongoing costs for in-house preventative maintenance and troubleshooting.

Previous attempts to convert have been impeded by the limitations of robotics. Robots generally have a hard time handling soft materials like cloth. Knit fabrics, commonly used in T-shirts, are stretchy, and even the best sewing machine can’t maneuver a stretchy fabric on its own without distortion. There is simply no substitute for the dexterity of human hands when it comes to manipulating fabrics for sewing.

Partial automation is already in use in many factories, drastically reducing labor costs. There are high-speed sewing machines that can be fully or semi-automated. Robots are used to move materials from one place to another and even complete inspections. Some devices are re-programmable and can be used to move materials, parts, tools, or specialized machines.

Sewbo, recently invented by Jonathan Zornow, is a robot that can successfully complete a garment by manipulating fabrics that have been soaked in a polymer to stiffen them. Once constructed, the garment is rinsed with water, removing the polymer. Wool and leather can’t withstand the process, but most natural and synthetic fabrics are compatible. The Sewbo is the first fully automated robot that can sew a garment from start to finish without human assistance.

The Future of the Industry

Forty-three percent of American fashion companies rank production and sourcing costs as one of their top two greatest challenges. The United States currently imports about 97% of the clothing we wear. With global sales expected to be more than $1.4 trillion next year, are we looking at a fully automated sewing industry in the near future? Atnyel Guedj, Purchasing Manager at Global Manufacturer Delta Galil Industries, thinks “automation is the only way forward… [and] the hunt for cheaper and cheaper labor must come to an end,” but he goes on to explain that he doesn’t see the US spending the money for the necessary machinery. Zornow disagrees, and already has received dozens of calls for his Sewbo, which he says will match the production speed of a human worker by the time it hits the assembly line.

Most agree that the basic structure of the sewing industry is broken. It cannot continue to support the high demand for consumer goods in the developed world without subjecting its skilled workers to even more inhumane treatment than they currently face. New technology and processes might be the key to moving from partially automated lines that still rely mostly on human intervention, to fully automated production. As recent ingenuity and interest in sewing robotics continues to advance sewing technology, machines will become faster, more accurate, and more affordable for merchants. We may even begin to see a rise in domestic manufacturing as sewing robots become more available.